Poppers and the gay community

Popper is a well-known substance in the gay community. Its effects are able to improve gay sex and make the experience even more pleasant.

If you're curious to know how the relationship between poppers and the gay community started and why these aromas are a gay favourite, check out the following topics.

When did poppers become so popular among gays?

Poppers have been around for a very long time. Amyl nitrite, one of the most popular chemical composition of poppers, was first synthesized in the mid-19th century to treat people with heart problems.

Soon though, people started noticing other poppers effects. These included involuntary muscle relaxation, increasing blood flow and also euphoria and an enhanced feeling of sexual pleasure. And thus began the era of poppers as recreational drugs, specially in the gay community.

Popper's reputation as a gay substance has grown throughout the 1970s, when poppers began to be used in discos, gay bars, and gay saunas. Their popularity was such that soon poppers became a symbol of the gay culture of the time. 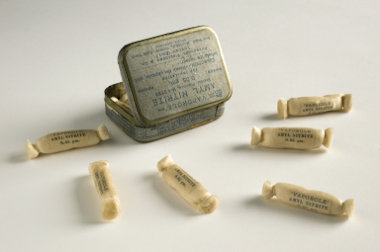 Gay Popper: The drug of love

From that point on, they became widely known among the homosexual community that poppers were great for gay sex.

It was also throughout the 1970s that poppers really got their name, as they were sold in small glass ampoules that made a noticeable pop sound when opened to be inhaled. A little later, for being so successful in the gay community, poppers soon became known as the gay love drug or the sex drug.

Are gay poppers still a thing?

Before, there were only a couple of poppers brands on the market. Nowadays, poppers stores offer a wide variety of aromas all with different levels of intensity.

Whether you are gay or straight, know that Buypoppersnet.com is a gay friendly popper store. Here you can order the best poppers and receive them safely and discretely at your own home. Enjoy the large selection of brands as well as the popper discounts that can go up to 65%.